Assassin Bugs: The Curious Killers of the Insect World 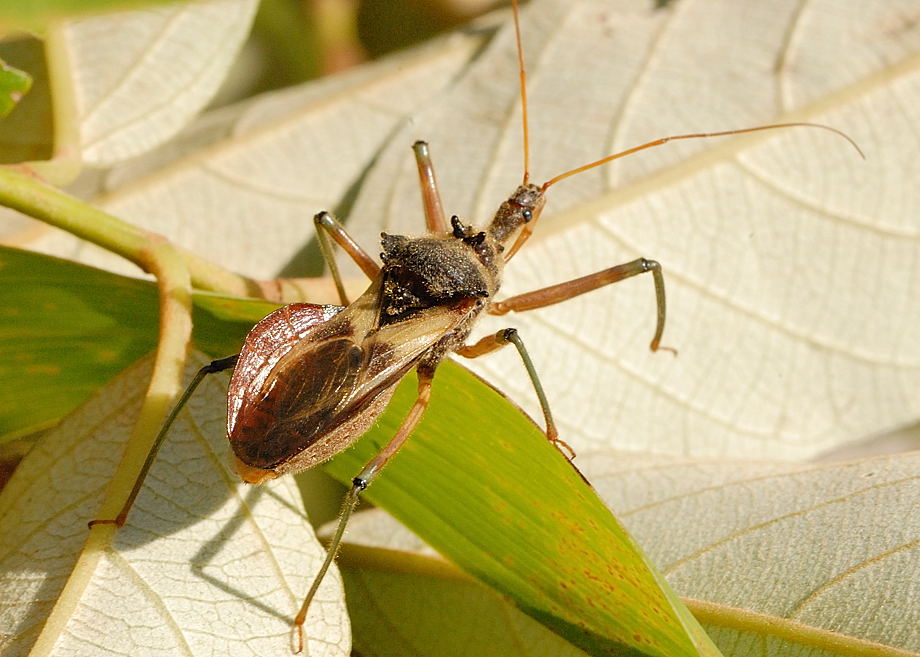 The 7000 species of insects residing in family Reduviidae, ominously called assassin bugs, are a kaleidoscope of colours, sizes and gruesome murders. The different species of the family look very dissimilar to each other and range from five to 40 mm in size. Here is an identification key showing the wide variety in their appearance.

The assassin bug has an anatomically complex venom system residing within its short three-segmented beak, which it uses to pierce its prey and then slurp up the body fluids from its victims. It is also used in defence and “extra-oral digestion”, which is a nice way to imply that it turns its prey into goo. The venom system is made up of three distinct venom gland lumens (the cavity present within a tubular structure): the anterior main gland (AMG), posterior main gland (PMG), and accessory gland (AG), enabling the bugs to modulate the composition of their venom depending upon the situation. Data suggests that assassin bugs produce offensive and defensive venoms in different glands. “PMG venom, which can be elicited by electrostimulation, potently paralyses and kills prey insects. In contrast, AMG venom elicited by harassment does not paralyse prey insects, suggesting a defensive role”.

Another study, entertainingly named “Melt With This Kiss: Paralyzing and Liquefying Venom of The Assassin Bug Pristhesancus plagipennis”, states that “P. Plagipennis (a species belonging to Reduviidae) produces highly complex venom containing at least 127 peptide and protein components… (which) appears well suited to facilitating the dual activities of paralysis and tissue liquefaction”.

This group of creepy-crawlers display a wide range of hunting and feeding behaviour, from predatory reduviids, which live outdoors and prey on other insects, to blood-feeding reduviids that suck blood from vertebrates, including humans, and transmit diseases.

A sub-family of Reduviidae is the group of species aptly named the bee assassins or bee killers. They frequent flowering plants, where they coat their legs with sticky plant resins, which allow them to capture other insects, particularly bees, as the name suggests.

They also exhibit forms of aggressive mimicry as seen in one of the two strategies employed by the thread-legged bug Stenolemus bituberus. Native to Australia, it preys on web-building spiders through luring them by plucking the silk threads of the spider’s web with its forelegs, mimicking the behaviour of an insect trapped in the web, and thereby attracts the resident spider to within striking distance. The other method it uses is stalking, in which it approaches its prey slowly and strikes when within range.

Of the assassin bugs, the feather-legged bugs are specialist predators of ants. They have a specialized gland, which secretes a substance that attracts ants. The ants, on licking the substance, become paralyzed. The bugs then pierce the ants with their rostrum, inject saliva that turns the ant into organic goo and feast on it.

The predatory ambush bugs, a subfamily of the assassin bugs, are known for hiding on vegetation and suddenly attacking their prey, capturing their victims with their greatly enlarged front legs.

The assassin bugs that are members of subfamily Triatominae, commonly known as triatomine bugs, are of specific concern to humans and are native to Mexico, Central America, South America, and parts of the United States. They are nicknamed “kissing bugs” because they tend to bite people on the face and near the mouth, injecting saliva that has an anaesthetic property into the skin. They carry a parasite called Trypanosoma cruzi, which in rare cases causes Chagas disease, in humans, which in an estimated 20–30 percent of people causes symptoms years or decades later. The symptoms are severe and can be life threatening. The saliva, in some rare cases can also cause anaphylaxis. 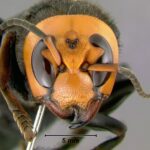